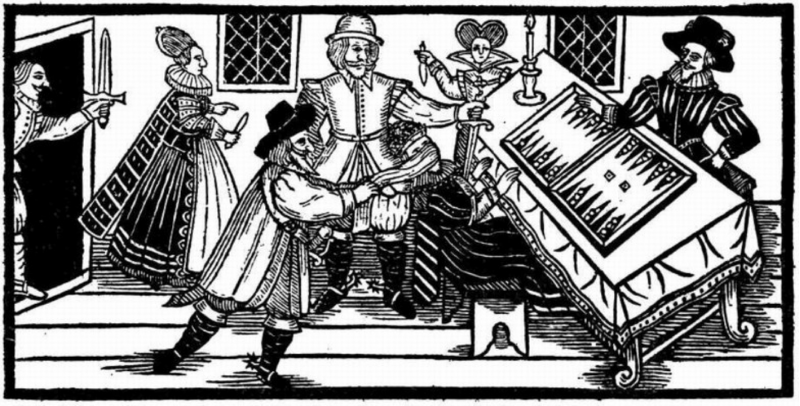 In 1551, Master Arden was murdered by his wife, Alice, her lover, Mosby, two hired killers, and a range of accomplices – from his own household servants to disgruntled neighbours. He was repeatedly stabbed in his own home in Faversham, Kent: a house that still stands today. The news of his murder was reported in chronicles, sung about on the streets, and eventually appeared onstage, in the anonymous true crime play Arden of Faversham. This was one of the earliest plays to stage a true crime, and also one of the first plays to suggest that events that occurred in an ordinary English home could be worthy of the dramatic reach of tragedy.

In the years that followed, more plays followed Arden’s example, setting tragedy in the home – Two Lamentable Tragedies staged the recent London murder of shopkeeper Master Beech by his neighbour tavernkeeper Master Merry; Thomas Heywood’s A Woman Killed with Kindness tells the fictional story of adulterous wife Anne Frankford, and her repentance and death – creating the genre we now know as ‘domestic tragedy’.

These plays were popular, frequently staged and reprinted, but the names of very few of their authors survive: the majority are printed as belonging to ‘Anonymous’, though many critics have speculated that, in the case of Arden of Faversham, Anonymous may have in fact meant a collaboration by numerous authors – including a young jobbing playwright called William Shakespeare.

This is significant, because of the plays Shakespeare wrote under his own name, the only plays set in England are the histories – plays that stage the tragedies of great men and monarchs – and one comedy, The Merry Wives of Windsor. Shakespeare doesn’t set his tragedies in ordinary, local homes, nor does he write plays based on true crimes – and so, it has been widely assumed that he doesn’t write domestic tragedies. When we think of Shakespeare’s sources, we think of the classical authors he turned to again and again (Ovid, Plutarch), of popular romances, and of the chroniclers of the histories of England and Scotland – the fact that these chroniclers also tell the tale of true crimes, like those of Master Arden, is often forgotten.

But Shakespeare may have had a hand in writing one of the earliest ‘true crime’ plays – and, I suggest, he draws on the genre of domestic tragedy again and again when writing his greatest tragedies, Hamlet, Othello, and Macbeth.

My book Shakespeare’s Domestic Tragedies traces how Shakespeare borrows features from domestic tragedies and transforms them, so that his tragedies of kings and generals stage domestic worlds that would have been familiar to an early modern audience.

We can see this in a single example: that of the knocking at the gates in Macbeth.

In the immediate aftermath of Duncan’s murder, when Macbeth and Lady Macbeth are still covered in the late king’s blood, they hear a knocking at the castle gates, which tells them their crime is about to be discovered.

This chilling sound effect was the focus of a famous essay by Thomas De Quincey, and critics have traced how Shakespeare was influenced by the ‘harrowing of hell’ scene in medieval morality drama, when Christ knocks at the gate of hell to set its inhabitants free.

But one of the most famous sound effects in English drama has another antecedent: in Arden of Faversham, in the immediate aftermath of the murder, Alice Arden is attempting to clean the blood from the floor when she hears a knocking at the door – her neighbours are coming to supper, and will soon spot the blood on the floor and guess what it means. 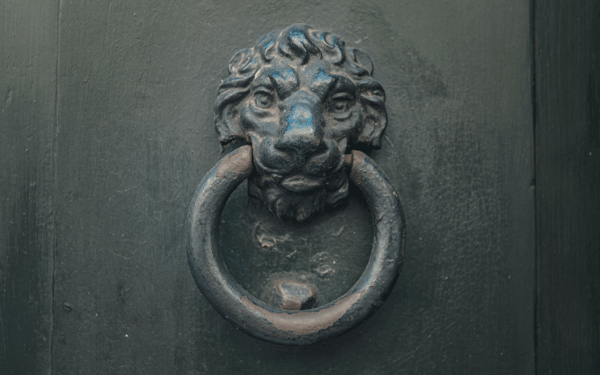 A knock on the door is an everyday, domestic sound. But it can be used in drama to build suspense.

In another domestic tragedy, Two Lamentable Tragedies, a maid knocks on the door of Merry’s house as he attempts to hide the evidence of his own violent murder – and eventually, a constable knocks at the same door to apprehend the murder. In each of these cases, the knocking is a warning to the murderers that the crime is about to be discovered, that the outside, law-abiding world of the neighbours is about to break in on the criminal and disrupted home.

In Macbeth, Shakespeare borrows this sound effect and transports it to his Scottish castle, as a sign that the night-time, dangerous world of the Macbeth is about to be opened up to the daylight, and to the law-abiding world of the Scottish thanes. He uses an everyday, domestic sound with which his audience would have been familiar, and makes it uncanny in the aftermath of a regicide.

As I explore in Shakespeare’s Domestic Tragedies, long-forgotten stories of sensational true crimes inspired features of Shakespeare’s most famous plays: Shakespeare draws on domestic tragedies to show how a home can become the site of tragedy.

Shakespeare’s Domestic Tragedies is the co-winner of the 2020 Shakespeare’s Globe Book Award. It is published by Cambridge University Press, and is currently available in paperback at 20% off.

You can view Emma giving her prize lecture in the video below. And she will be hosting a Twitter ‘watch party’ where she will answer any questions on Friday 23rd October at 7pm at @EmmaWhipday.

Dr Emma Whipday is a Lecturer in Renaissance Literature. She is currently on a Leverhulme Early Career Fellowship, researching brother-sister relationships on the early modern stage. I work on early modern drama, focusing on genre, theatricality, 'practice as research', familial and service relationships, and domestic and sexual violence

What KEF results will mean for universities and businesses