150 years of Science, Agriculture and Engineering 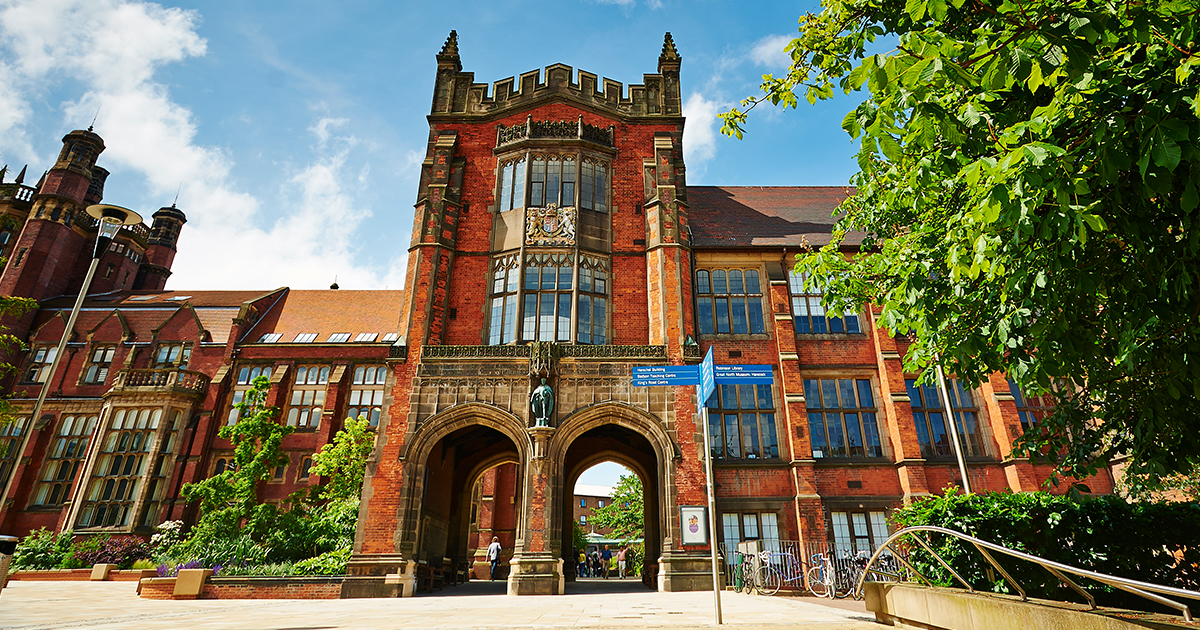 We’re celebrating the 150th anniversary of the College of Physical Science, a ground-breaking institution that established Newcastle University as a leading centre for science, technology, engineering and mathematics.

From pioneering computing education to discovering new species of fish, it’s been an eventful century and a half to, say the least. Read on to discover just some of the milestones that have shaped the last 150 years.

Our story begins in 1871, when the College of Physical Science was established as part of the federal University of Durham. With strengths including Mathematics, Physics, Chemistry and Geology, the College laid the groundwork for many of the strengths the University prides itself on today.

"It is proposed to found at Newcastle-upon-Tyne ... a College for the teaching of Physical Science, especially as applied to Engineering, Mining, Manufactures, and Agriculture."

An extract from an article in Nature, May 1871

After a number of changes, including being renamed Armstrong College in 1904 and King’s College in 1937, the College was a founding part of Newcastle University in 1963.

Though much has changed over the years, our focus has always been on making a difference for our community, our region and the wider world.

Explore some of our key milestones below and find out more about what’s in store over the next 12 months.

1871 – The College of Physical Science is established

Following campaigning by the North of England Institute of Mining and Mechanical Engineers (NEIMME), the College of Physical Science was established in 1871 as part of Durham University. Having sprung from a need for training among mining engineers, the College was rooted in the practical applications of science and engineering.

In its first year of teaching, the College had eight teaching staff, 173 students and offered tuition in four core subjects, including Mathematics, Physics, Chemistry and Geology. The four subjects are still part of our teaching today.

In 1904, the College of Physical Science was renamed Armstrong College in honour of local industrialist and philanthropist Lord William Armstrong.

Armstrong was an eminent scientist, engineer and inventor. In particular, he led the way with new developments in hydraulics, and his home at Cragside was the first in the world to be lit by hydroelectricity. 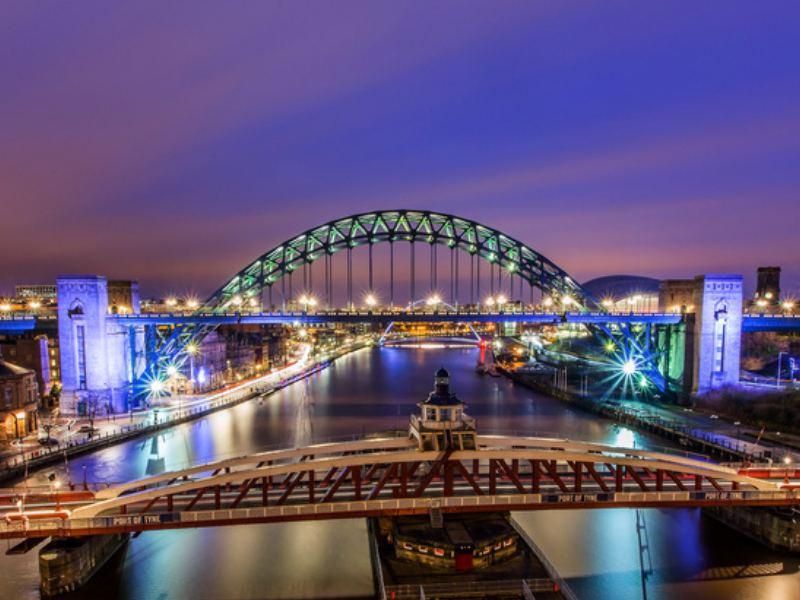 The Swing Bridge (foreground) on the River Tyne was designed and paid for by Armstrong, with work beginning in 1873. (Image: Alan Wallace)

Mary Kingdon Heslop, one of the first women to be elected fellow of the Geological Society of London,  graduates in physics and geology from Armstrong College and works for a few years as a demonstrator..

In 1937, Armstrong College merged with the School of Medicine and Surgery, the other Durham University college based in Newcastle. Together, they formed King’s College, drawing together the fields of medicine and engineering to create one college focused on a broad range of scientific discoveries.

We took over the lease of Nafferton farm. We also took ownership of the Cockle Park farm from Northumberland County Council.

The farms remain essential to teaching, research and our work with the agricultural community.

1957 - Creation of the Computing Laboratory

The first focus for the Laboratory was to give computing support to researchers in both Durham and Newcastle.

It soon became clear that education for users was essential. Newcastle became the first British university to teach a course in computer programming to undergraduates.

It was formally opened by Prof P.M.S. Blackett, Fellow of the Royal Society and Nobel Laureate. Scottish architect Sir Basil Spence worked directly with physics academics to design the building. The building is the current home of the School of Mathematics, Statistics and Physics.

1963 – The College becomes University of Newcastle Upon Tyne 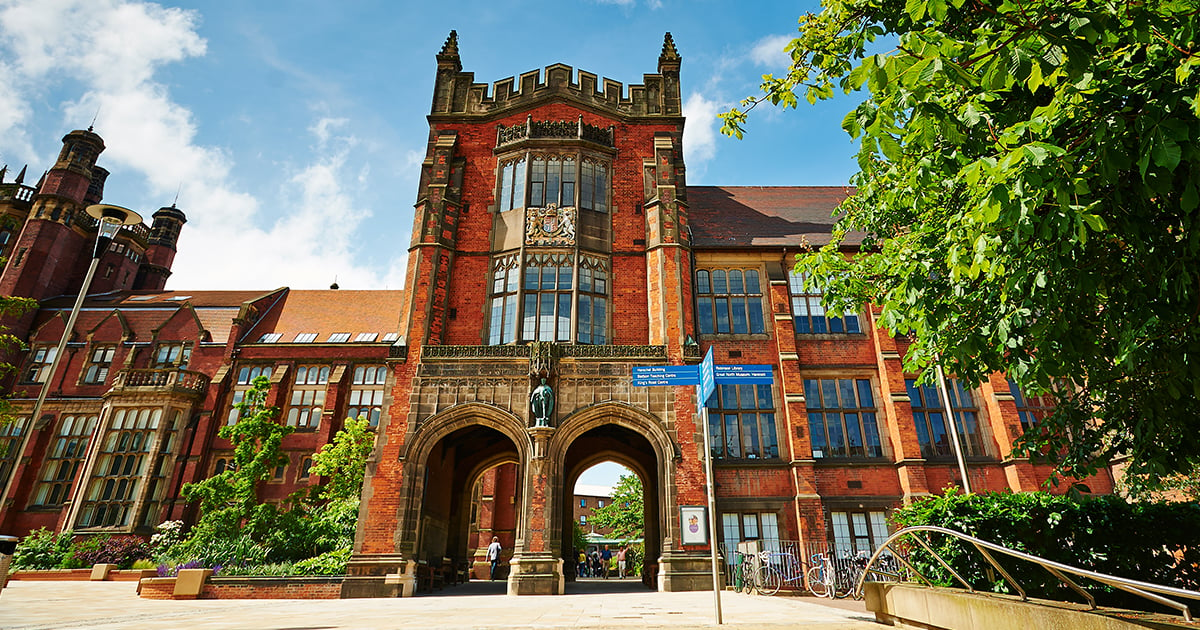 The Arches have become the enduring image of Newcastle University

Merz Court was officially opened by then Prime Minister Harold Wilson on the 7th of May 1965. Ever since the building has been home to Chemical Engineering and Electrical Engineering. Mathematics & Statistics was also based in Merz Court from opening until their 2007 move to the Herschel Building.

In 1985, the University received a $1m equipment gift of advanced personal workstations from Xerox. The machines had a megabyte of memory, a million pixels and a processor speed of a million instructions per second.

Combined with one of the first Ethernet installations in the UK, it provided an early experience of the type of computing interface that was to become the hallmark of Apple computers in the following decades.

We work in partnership with the Singapore Institute of Technology to deliver undergraduate degree programmes in engineering.

In 2017, we expanded our work in Singapore by opening the Newcastle Research and Innovation Institute in Singapore.

Work begins on the Newcastle Helix development. Formerly the site of the Scottish & Newcastle Brewery, Helix is being transformed into a 24-acre innovation and urban living district.

Helix is an important part of our University strategy. The site itself is a living laboratory. Projects and experiments are run at scale, in real time.

The site allows us to co-locate with businesses, closing the gap between academic research and commercial innovation. New buildings increase our capacity for research, education and engagement.

An ‘intelligent building’ with 4,000 in-built sensors providing data about its performance, the Urban Sciences Building is one of the most monitored and high-performance buildings in the country. It is also a purpose-built home to the School of Computing.

An exploration of one of the deepest places on earth identified three new species of the elusive Snailfish. Our colleagues Dr Alan Jamieson and Dr Thomas Linley were part of the expedition to the Atacama Trench in the Pacific Ocean.

An ovarian cancer treatment, developed by scientists at Newcastle University, is now approved for use on the NHS. From initial discoveries made in Chemistry, the drug was largely developed in Newcastle. The story of the Newcastle Cancer drug is one of world-class multi-disciplinary and translational research.

In the same year, the National Innovation Centre for Data (NICD) was created with £30 million of funding from the government and Newcastle University. Based in the state-of-the-art Helix science district in Newcastle, NICD's mission is to transfer data skills to the UK workforce by drawing on leading data science and statistics research.

2021 – Rebuilding of The Stephenson Building

In Spring 2021, work commenced on the redevelopment of The Stephenson Building. As part of our ongoing investment in exceptional facilities, the Stephenson Building will deliver an outstanding student experience and a world-leading environment for research and innovation.


Celebrate 150 years with us

The milestones above are just some of the key moments from the last 150 years. You can find more on the Faculty of Science, Agriculture and Engineering website. Over the next 12 months, we'll be compiling a new historical timeline and sharing more milestones and achievements - watch this space.

Newcastle University wouldn’t be the place it is today without our students, alumni, staff and community. You have all helped us to make history, and we’d love you to be part of our anniversary celebrations.

Find out more about 150 years of Science, Agriculture and Engineering at Newcastle University.