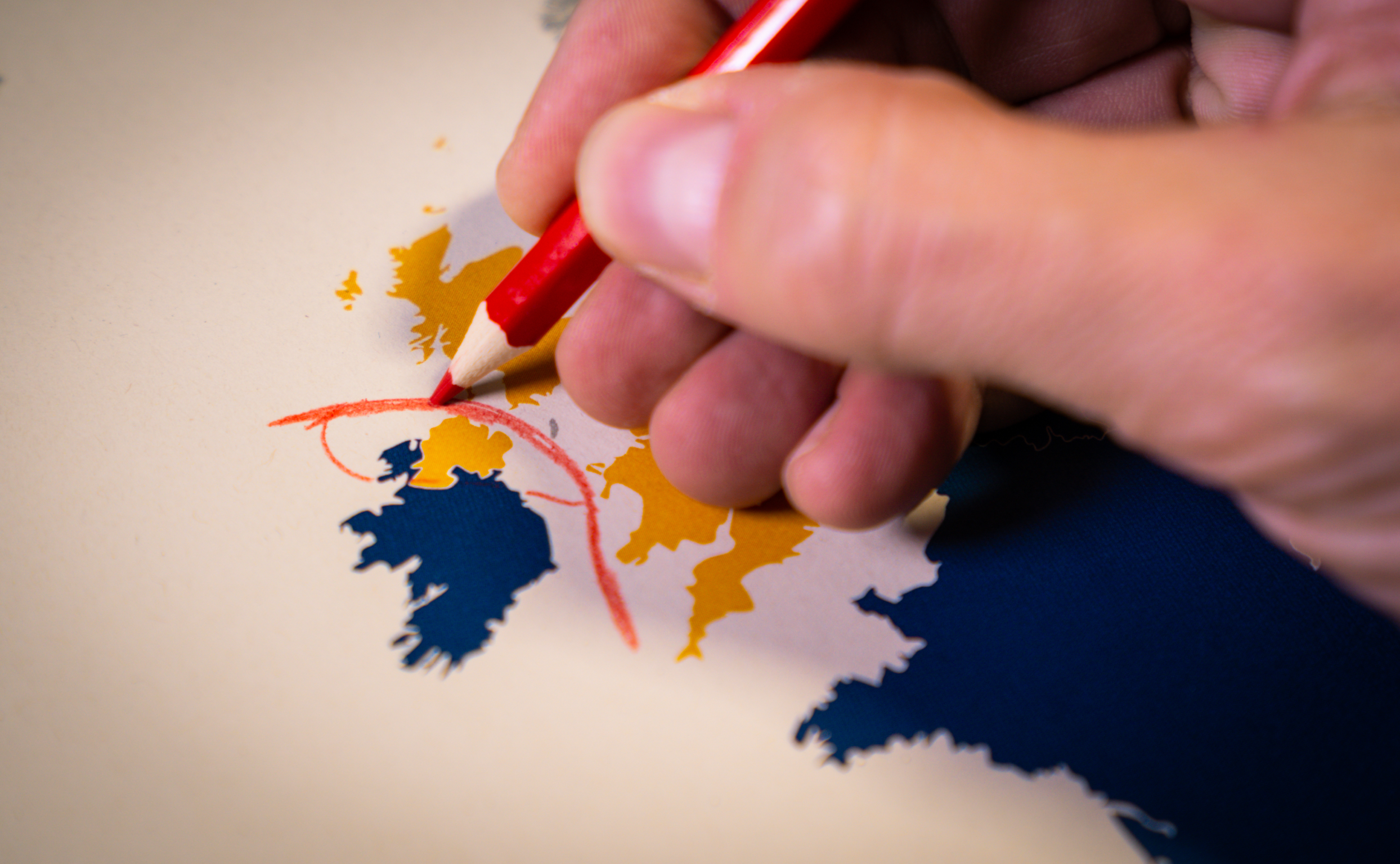 With power-sharing in Northern Ireland stalled, our Professor of Law and Democracy, Colin Murray, recounts his work as part of the Performing Identities Project. This project aims to explain the operation of the Protocol on Ireland and Northern Ireland. This Protocol is the most controversial element of the Brexit Withdrawal Agreement.

Between 2018 and 2021, I was Principal Investigator on the ESRC-funded Performing Identities project, a collaboration by academics across Newcastle, Durham and Birmingham Universities researching how Brexit was going to impact upon Northern Ireland.

Proposals, plans and counter-proposals left many people unsure of the steps they needed to take to protect their interests. Much of the project, therefore, came to involve public-facing efforts to explain how potential outcomes would affect the lives of people in Northern Ireland.

EU law protects EU citizens who move to different Member States against various aspects of discrimination on the basis of nationality. One of the quirks of how the system of free movement rights works under EU law is that, in providing for baseline standards on issues like ‘economically active’ EU citizens being able to move around Member States with their families, in some regards EU law provides greater rights to such individuals than the Member States provide to their own citizens. In the context of Northern Ireland, where the 1998 Agreement provides individuals with the right to identify as British, or Irish, or both, this provided a potential window for the people of Northern Ireland to assert some of the rights of EU citizenship.

One of the thorniest issues in this regard was the use of Irish citizenship by people of Northern Ireland to enable them to secure residence in the UK for family members without UK citizenship or the citizenship of an EU Member State.

In order to keep their families together, often when the visa costs were unaffordable or families could not meet the minimum income requirements, hundreds of people took the option of renouncing their UK citizenship and asserting their Irish citizenship, in order to claim rights as an EU citizen. In the Northern Ireland context, however, this process required people to undertake a legal performance of a particular form of citizenship, even if they found that it ran contrary to their cultural identity.

As a result of the team’s research, the UK Government was also obliged to flag that the Common Travel Area did not protect the full range of family residence rights that Irish citizens who moved to the UK enjoyed under EU law, and the importance for many in taking part in the EU settled status scheme. These special rights connected to EU citizenship elapsed if they had not been secured by the end of the window for claiming protected post-Brexit citizenship status.

Public understanding of the Protocol

An opinion survey for another ESRC project on Brexit’s impact on Northern Ireland has identified that almost three quarters of respondents consider that they have a “good understanding” of the Protocol, but also identified that people are most likely to trust information about the Protocol from political parties that they support.

When people in Northern Ireland discuss the Protocol, they are thus filtering it through a prism of party opinions. Many of these parties wish to present it as being destructive of Northern Ireland’s place in the UK (with that being understood simultaneously as a positive and a negative by different parties) and those who regard it as being a necessary set of compromises necessary to protect Northern Ireland’s distinct governance arrangements post-1998.

In other words, the operation of the Protocol itself is becoming increasingly divorced from public understandings of it. Academic efforts to analyse the Protocol, and to inform public debate, are colliding with increasingly entrenched viewpoints which are not open to evidenced-based accounts of its operation.

These shifts are being magnified by social media platforms which give weight to extreme viewpoints. New outputs from the team continue to evaluate the implementation and reform of the Protocol in this context. Our project of understanding the relationship between law and public opinion in the Northern Ireland after Brexit therefore remains unfinished.