How we’re connecting children with the past 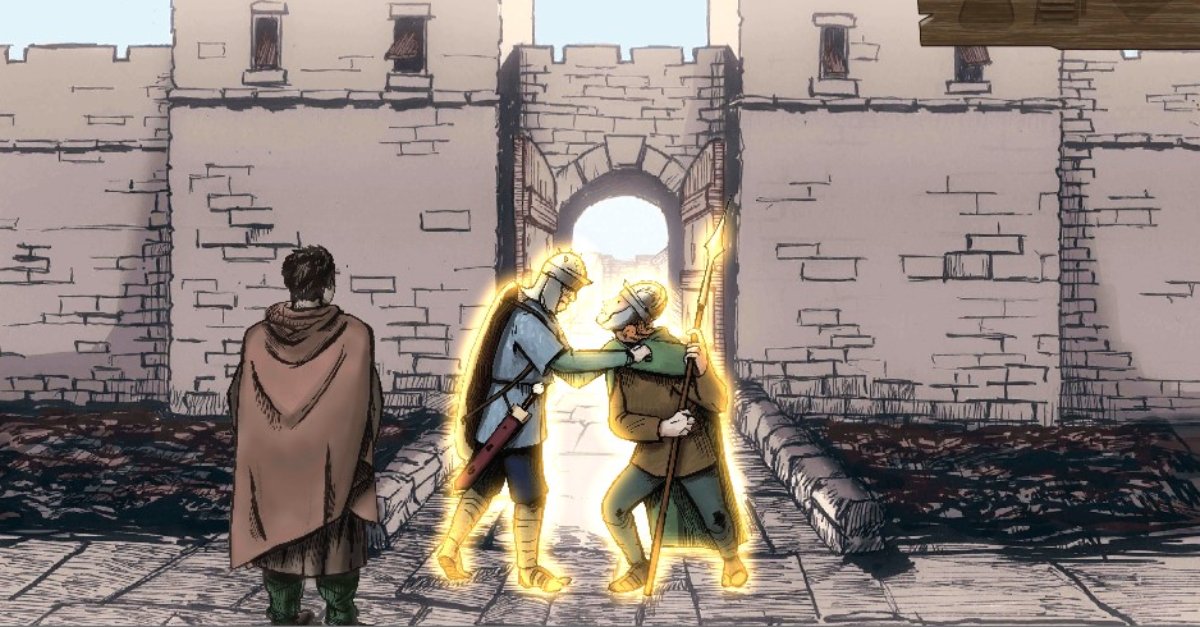 Dr Claire Stocks explains how a unique video game is transforming how children learn about life on Hadrian’s Wall.

Increasing public engagement with heritage sites and museums remains a challenge, as visitors can feel disconnected from historical sites and objects when viewing them out of context or in display cabinets.

That's why we developed the video game ‘The Missing Dead,’ with our partners at the Vindolanda Trust. Our aim was to open up the past to young people and encourage them to engage with history through a different learning environment.

The game is built around the mystery surrounding a 1,800-year-old skeleton discovered at the Roman fort of Vindolanda, on Hadrian’s Wall, in 2009. Using archaeological evidence excavated from the site, the game uses 2D, hand-drawn animation in a comic-book style to recreate Vindolanda as it would have been in c.230AD.

It is designed to be used either on-site at Vindolanda, at home or in the classroom. Guided by Aquila the Eagle, the game takes the player around different buildings on the site as they follow Marcus, a Roman Tribune, as he helps his friend, Vitalis, to find a missing slave.

Players must question the characters that appear in the game as they explore what life would have been like on the Roman frontier, and learn about the diverse community that lived there.

The birth of The Missing Dead

The Newcastle University GameLab team's expertise, which has been built over many years of working within the video games industry, was put to good use on the technical development of ‘The Missing Dead’.

By applying approaches and techniques that are used in popular video games, users are drawn into a rich story of characters, places and objects while they explore Vindolanda.

The task of collecting objects and asking questions to solve the mystery increases player engagement and awareness, and facts and figures are integral to the game itself, helping to keep their attention.

Enhancing education in the UK

Funded by Arts Council England, the app is aimed at Key Stage 2 students (7-11-year olds) but can be enjoyed by any age.

Alongside the app, teaching and activity packs have been produced in collaboration with Creative Assembly, a multi-award-winning BAFTA UK games studio. The cross-curricular packs aim to boost children’s computing skills, whilst building literacy levels and illuminating the Roman empire.

The packs are also designed to give pupils a better understanding of the skills involved in creating a game like the Missing Dead app.

The active participation of users through the game and the creative challenges offered by the activity packs - such as writing your own stories about the characters, creating your own animation or producing your own archaeological drawing - has increased learning and understanding about the ancient world in an engaging way.

The Missing Dead was released as an app to download on Android in October 2020, and has since received multiple five-star reviews on Google Play and in the Apple Store.

When Vindolanda was closed to visitors due to the Covid-19 pandemic, ‘The Missing Dead’ brought the experience of visiting the site directly to users, whilst offering teachers a useful resource for remote learning.

A further unexpected impact of releasing the game during the pandemic was that users downloaded the game to play at home, and this encouraged them to plan a visit to Vindolanda after lockdown restrictions lifted to follow the trail in person.

“The Missing Dead app deals with difficult, real-life subject matter, but handles it with sensitivity. Students learn about their past in a way designed to make them ask their own questions and to piece together the clues and information they are given to help them solve the mysteries, just like a real archaeologist.” - Barbara Birley, Curator at the Vindolanda Trust

The project has been a fantastic opportunity for Newcastle University to work together with partners at the Vindolanda Trust and Creative Assembly, as well as with colleagues in GameLab.

We hope that this game will introduce young students and their families to our research in a fun way, and that it will serve as a basis for future projects with Newcastle University and the Vindolanda Trust. Find out more about the great work we're doing when you explore our blog.