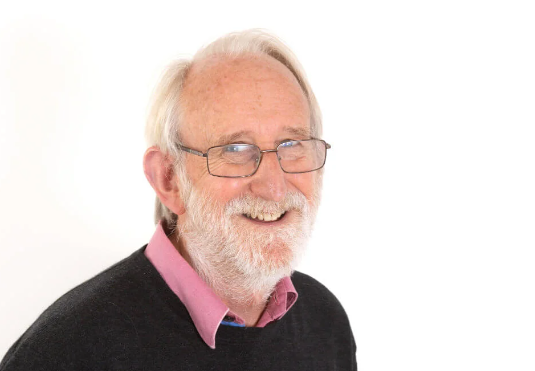 Emeritus Professor Andy Hall retired from Newcastle University in 2016 following a successful career in haematology and childhood leukemia research. Following his retirement, Andy has maintained his enthusiasm for improving outcomes in cancer and cofounded a company (RareCan Limited) which helps to link people affected by rare forms of cancer with research groups that have new approaches to prevention, diagnosis or treatment.

We recently caught up with Andy to find out more about RareCan and what it’s like becoming a first-time entrepreneur after retirement.

Pulling together is the best way to succeed

Improving the prevention, diagnosis and treatment of cancer is a huge task: involving thousands of scientists working in publicly and privately funded institutions; and the support of similar numbers of patients, their families and donors to cancer charities. As anyone who has taken part in a tug-of-war competition will know, pulling together is the best way to succeed but this isn't always easy, particularly when the cancers in question are rare. This is why I set up RareCan with my fellow University colleague Claire Heron when I retired.

Cancer is not a single disease and the harder you look, the more variety you will find. There are over 200 different subtypes as identified using the time-honoured approach of microscopy. And it is now known that tumours which look similar under the microscope may have marked differences at the genetic level. These differences are important because they often predict how well an individual tumour will respond to treatment. Molecular differences may also provide new targets, as demonstrated by the Newcastle researchers who have helped to develop novel anti-cancer drugs used in the treatment of ovarian and other forms of cancer.

All the discoveries made depend on the support of patients who give us permission to access samples from their cancer and their participation in clinical trials, frequently with no guarantee of any direct benefit to themselves.

Oiling the wheels of cancer research

When I “retired” I set about trying to devise a way of bringing together patients who would be willing to take part in research with research teams who had ideas and new approaches they wanted to test. I wanted to concentrate on rarer forms of cancer (those which occur in fewer than 6 people per 100,000 each year) as these pose the biggest challenge.

The first task was to bring patients with rare cancer together. In our digital world, many people will turn to the internet for information about their cancer at some stage after diagnosis, so the obvious way was to advertise on social media and create a way for patients to express their interest online. In the first twelve months, 800 people with a wide variety of different tumour types signed up. Membership is growing daily and we hope to hit 3,000 by this time next year.

The next challenge was to see if we could obtain samples for research. We have completed a pilot study in collaboration with Teesside University and shown that this can be done. Bringing together information about a patient’s cancer and detailed genetic information about their tumour is a hugely valued resource and we are in discussion with several major groups involved in academic research and clinical trials about matching patients to studies.

It's never too late to become an entrepreneur

RareCan Limited is a private company limited by shares. It has been established using private investment and will be sustained by revenues from drug companies and other commercial partners. Doing it this way means that we are not diverting money away from charities and that we can raise sufficient cash to do the job properly.

Up until recently I had spent all my working life in the public sector so this has involved a steep learning curve for both me and my first co-founder Claire, a brilliant project manager and strategic thinker who I had the privilege of working with while I was at the University. Later we added Piers Kotting as our CEO and Simon Allocca as our finance director who added vital additional expertise.

Pitching to investment Angels and grappling with the complexities of life as part of a start-up has helped me put off the “pipe and slippers” for a few more years, and I strongly recommend it as an alternative to golf and gardening. It really is never too late to become an entrepreneur.

The Newcastle University Centre for Cancer has an impact upon oncology research and practice worldwide.

We work right across the cancer research pathway, with strengths ranging from cell biology and clinical trials to healthcare research and cancer research training. Our goal is to undertake world-leading discovery research, and to translate that research into the next wave of clinical advances.