The power of philanthropy 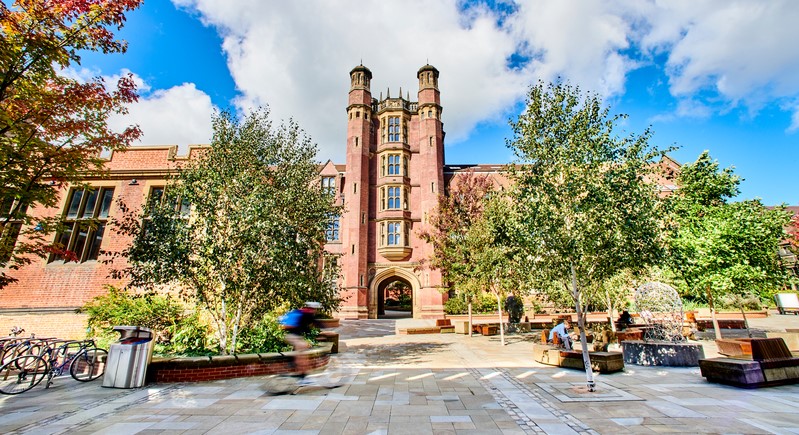 Many people don’t realise but the built environment around us is shaped by the work of philanthropists, inspired across generations to care for others and strive for a better society.

From schools, hospitals and churches to parks, gardens and even Newcastle University, many of the places that enhance and characterise our towns and cities simply wouldn't be there without the vision and generosity of philanthropists.

A study by Newcastle University Business School has explored the rich history of philanthropy in the North East of England over a period of more than 900 years, from the time the region was brought under Norman control (thirty years or so after the Conquest of 1066) to the present day.

The purpose of the research was to paint a broad picture of the role philanthropy has played in the region across the ages and, in doing so, to draw significant lessons for the present.

In particular, the study looked at the role of entrepreneurs and how they extend the impact of their work beyond business to wider society. It included:

It also debunked the myth that philanthropy is the exclusive domain of the wealthy. While the work of people such as Bill Gates and Sir Tom Hunter is well known, the study showed that social activism, volunteering and collective philanthropy have also been pivotal in delivering meaningful social change and creating institutions we continue to hold dear.

All of this research has provided a springboard for a fruitful partnership between Newcastle University’s Centre for Research on Entrepreneurship, Wealth and Philanthropy and Community Foundation Tyne & Wear and Northumberland (CFTWN), the largest community foundation in the UK and one of the largest in Europe.

Not only has the research shaped the work of the foundation, it has significantly enhanced public awareness, understanding and debate on the role of philanthropy in society, and inspired and educated philanthropists such as fundraisers and charity workers.

The foundation board used these insights to promote the GeNErosity Festival, a series of events that took place from Berwick to Teesside to encourage philanthropy and celebrate its achievements in generating positive social change.  There were 44 events organised by 23 charities, four universities and three companies at 41 venues in 15 towns and cities across the North East during November 2018.

The GeNErosity Festival was further promoted through the Philanthropy North East website, which was launched in June 2019. In the year since the launch, the website had 14,450 visitors, 2,521 research paper views and 652 full paper downloads, with four picked up by news outlets. The vast majority of this interest was attributed to the Festival.

The work that's been carried out has made a big impression and will continue to have a positive impact for a long time to come.

“Entrepreneurial philanthropists are a driving force in the quest to generate positive social change,” says Professor Harvey. “Our work has helped to shape the work of the UK’s largest community foundation and has shone a spotlight on the role of philanthropy in society, as the success of the GeNErosity Festival demonstrated.

We hope to educate and inspire everyone with an interest in achieving positive social change and innovation – not just entrepreneurs who have decided to use their wealth for social good.

Our research has helped people to realise that many of the buildings around them are there because of the work of philanthropists. It has also generated debate on wider societal issues; philanthropy can help to create a better world for our children by delivering a sustainable infrastructure. For example, an area can attract new businesses and residents if it has good schools, hospitals and green spaces.”

As well as underpinning the success of GeNErosity, the research has also been showcased across the world, including at a three-day policy forum in Canada in 2017. The forum attracted 476 delegates from across Canada and internationally, including philanthropists and philanthropy professionals.

You too could make a difference for future generations. Find out how supporting Newcastle University could help to make great things happen.

To find out more about the research carried out, get in touch with the team.

We're making a difference to the world through research. Sign up for our newsletter below to keep up to date with our latest findings.