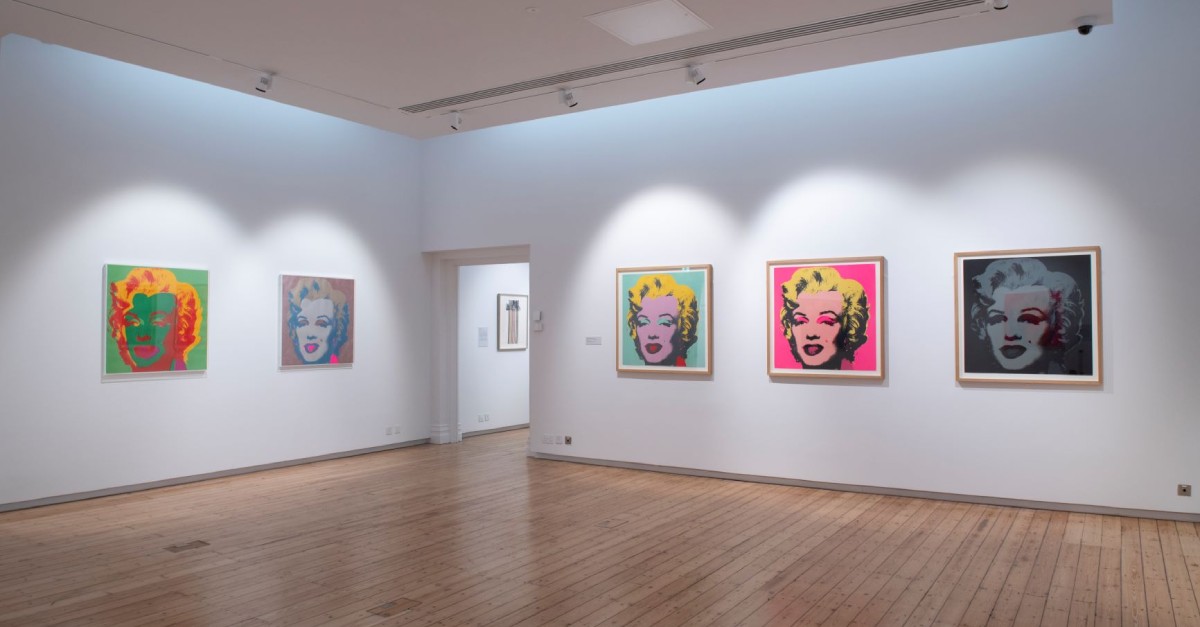 Newcastle University’s Hatton Gallery, regarded as the birthplace of Pop Art, has once again brought works by Pop Art legends to the region with its Print Goes Pop exhibition.

What is Pop Art?

Pop Art emerged in the 1950s, drawing inspiration from popular culture and kicking back against traditional ideas of art.

Originating with young creatives who felt disconnected to the art they were shown in schools and museums, Pop Art capitalised on Hollywood films, advertising, pop music, comic books and more.

At the time of its inception, modernist critics dismissed the movement for its use of ‘low’ subject matter. But Pop Art is now widely seen as one of the first examples of postmodernist artwork.

What can you expect at the exhibition?

The exhibition expands on stories told in Pioneers of Pop, which was exhibited at the Gallery in 2017, but will focus on the screen-printing method that was popular with artists at that time.

Artists began using screen-printing, a stencil-based printmaking method, in the 1930s, but it became particularly popular with the rise of Pop Art.

During the 1960s, ‘Pop’ artists such as Richard Hamilton, Andy Warhol and Roy Lichtenstein embraced the technique to make vibrant large-scale prints using imagery from popular culture. The exhibition will also explore how the technique has been used in innovative ways by leading artists that weren’t considered ‘Pop’ artists, such as Gillian Ayres and Bridget Riley.

Some of the best-known works in the exhibition are Richard Hamilton’s My Marilyn, which will be shown alongside several works from Andy Warhol’s Marilyn series, and Roy Lichtenstein’s Brushstrokes.

Richard Hamilton taught at Newcastle University from 1953 to 1966.

Illustrating the story of screen-printing

Another highlight of the exhibition is a group of 18 works from Eduardo Paolozzi’s Bunk! series, which is rarely exhibited in such large numbers. Less familiar artists, such as Corita Kent and Parviz Tanavoli, help to diversify the story of how artists have worked creatively with the screen-printing method.

“This exhibition reminds us of the vitality and importance of printmaking as a creative medium, which continues to be seen to this day globally, as well as in the University’s own undergraduate and postgraduate Fine Art students.”

Professor Richard Talbot, Director of the Institute for Creative Arts Practice at Newcastle University said: “In bringing together this significant body of work by artists, some of whom taught in the Fine Art department at Newcastle, this exhibition reminds us of the vitality and importance of printmaking as a creative medium, which continues to be seen to this day – globally, as well as in the University’s own undergraduate and postgraduate fine art students.”

Julie Milne, Chief Curator of Art Galleries at Tyne & Wear Archives & Museums (TWAM), said: “Pop Art has a special place in the Hatton’s history, and I’m thrilled that we are able to bring the work of so many fantastic artists to the region.

Our Keeper of Art, Lizzie Jacklin, has worked hard to bring together these significant works, and to tell the story of why screen-printing became synonymous with the Pop era.”

Find out more about Pop Art history and culture when you visit the exhibition, running until 29th January 2022. Alternatively, discover more about arts and culture at Newcastle University.