Introducing CellRepo: How we’re limiting the next global outbreak 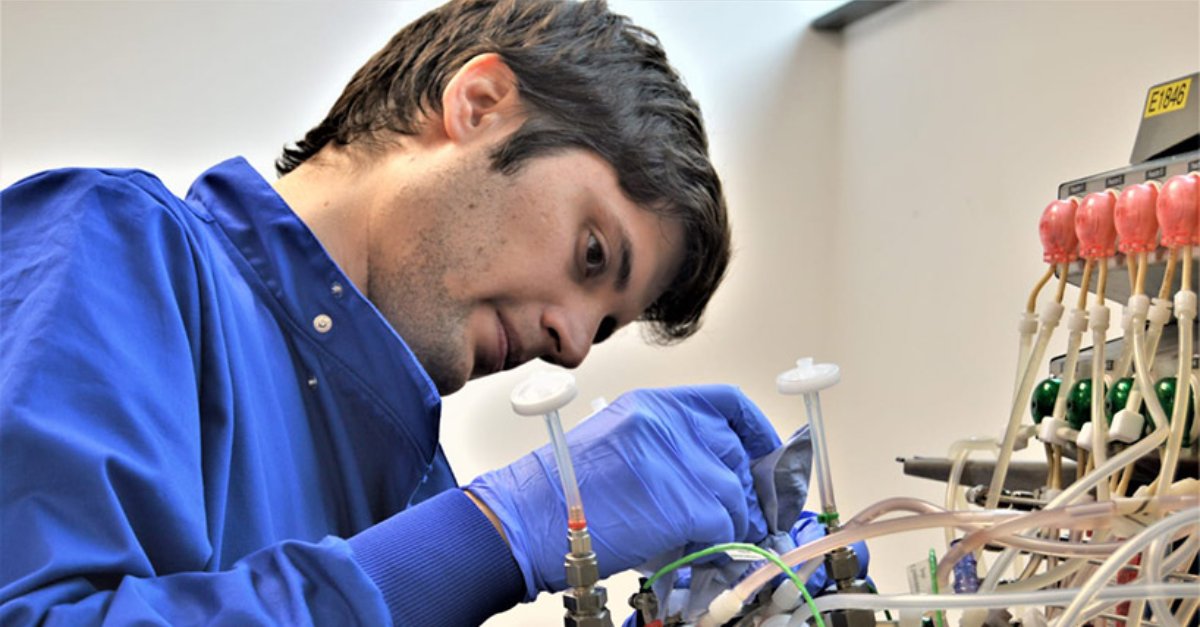 An international team led by Newcastle University has launched CellRepo, a species and strain database that creates a digital fingerprint of engineered microorganisms. Read on to find out more.

The number of engineered strains are set to dramatically increase in the future thanks to the explosion of powerful gene-editing tools. A convincing example of the pace of progress is the global scientific response to the current Covid-19 pandemic.

In a matter of weeks following the outbreak, the virus was isolated and its genome sequenced and published. Less than a year later, vaccines were developed and rolled out.

Despite this progress, there are still significant gaps in other areas of biotechnology and more specifically in how strain engineering is done and disseminated.

CellRepo is a species and strain database that uses cell barcodes to monitor and track engineered organisms. Reported in a new study in Nature Communications, the database keeps track and organises the digital data produced during cell engineering.

It also molecularly links that data to the associated living samples.

For example, by enabling faster tracing of organisms, CellRepo can limit the impact of deliberately or accidentally released, genetically-modified microorganisms.

CellRepo is built on version control.

This is a concept from software engineering that records and tracks changes to software code. Scientists believe that version control for cell “software”, namely their DNA, will make engineering biology more open, easier to trace and share, and hence more trustworthy.

The research team highlights additional benefits of this community resource, such as traceability – providing the exact documentation for a strain and properly crediting laboratory work thus enabling more open and reproducible science. The database also puts responsible innovation in focus by making it easier to track and assign ownership of engineered bacterial strains. On the same token it supports improved IP tracking for strain designers.

With access to a global database, researchers will be able to reproduce results and collaborate more easily. The scientists also argue that the repository will improve transparency and reduce costs associated with data and source code losses.

Meet the scientists behind CellRepo

“Engineering biology is not rocket science. It is much, much harder. And because of that it is imperative that we do it more openly and more collaboratively. CellRepo, at its core, is a collaboration platform in which cell engineers can document their work, and share it with others (within their own lab or more widely) [...] CellRepo is a community resource and, as such, we invite engineering biologists, synthetic biologists, biotechnologists and life scientists more generally to try it and get in touch with us so we know what works and what needs to be improved.”

Dr Jonathan Tellechea, a synthetic biologist in the project says: "I have always had some misidentification issues during my projects. Fortunately, I was able to find them early on and solve them but I can’t imagine how many good projects have failed or stalled because of this.

Some other chunk of my time as a biologist goes into retroactively building the history of the plasmids and strains I use. I may get the genetic material from someone, but who was the original author? Sometimes I am lucky and it is just one paper away, sometimes it’s down a rabbit hole that may end up in the 80s. CellRepo fixes these and other important problems for experimentalists."

Dr Lenka Pelechova, a social scientist working at The Interdisciplinary Computing and Complex Biosystems (ICOS) research group, added: “As a social scientist, I believe the Responsible Research and Innovation framework is crucial in addressing societal expectations and in opening up public's conversations about new research and technology. In my view, these conversations should start early on and CellRepo supports this by making research transparent from its onset.”

If you’re interested in Prof Natalio Krasnogor’s work, and want to find out more about the research Newcastle University is doing in the field of data, explore our From blog. Alternatively, sign up to receive the latest research stories straight in your inbox.