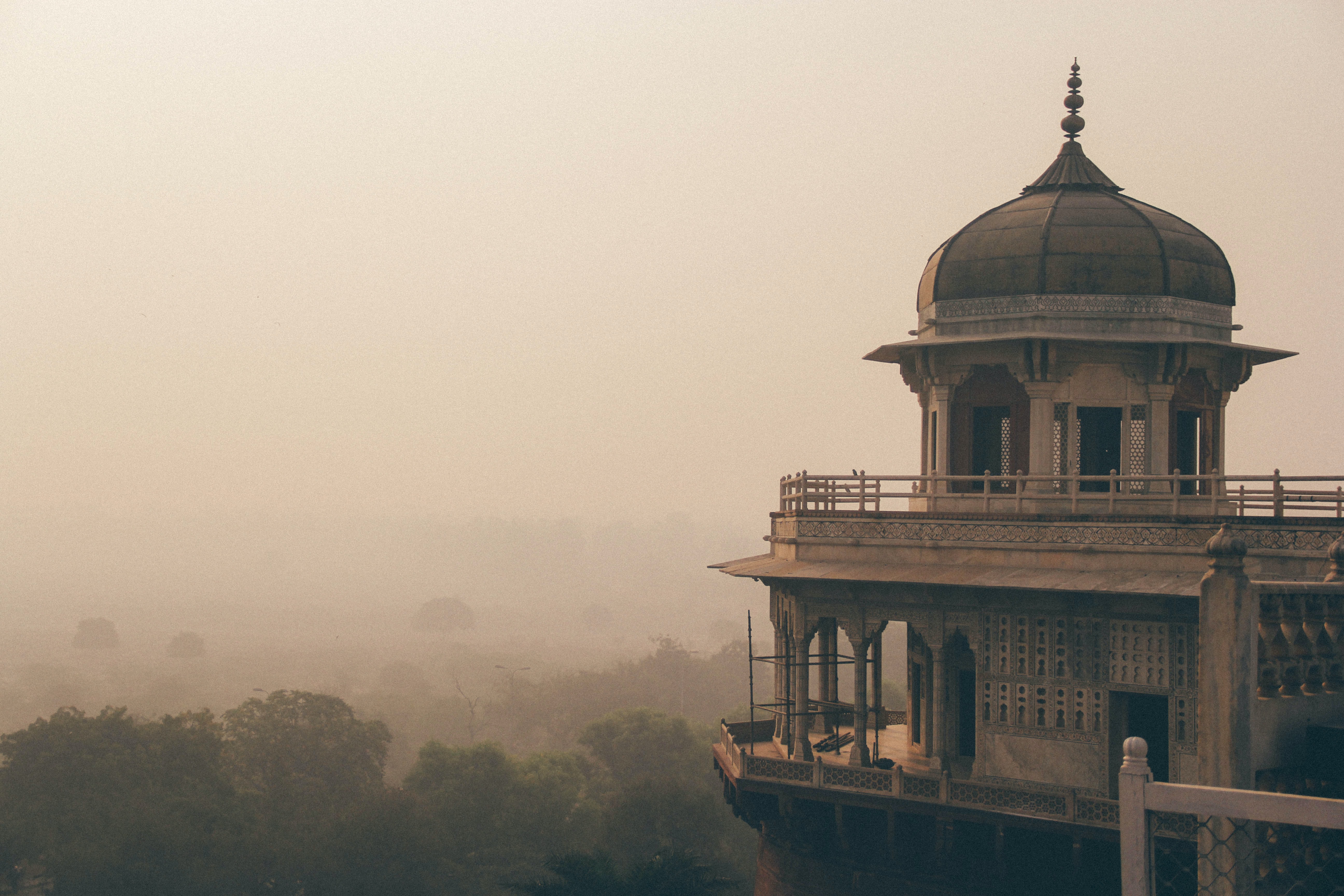 Newcastle University's Professor Peter Stone OBE is leading efforts to protect cultural property and heritage during armed conflict and following natural/human-made disaster around the world. Professor Stone has been a tireless campaigner for protecting historic buildings, archaeological sites, important artefacts, manuscripts and books, and works of art from destruction and looting.

A mission to protect culture

Appointed UNESCO Chair for Cultural Property Protection and Peace in 2016 (the only such designation in the world), Professor Stone became President of Blue Shield– one of the top positions in his field – in 2020.

He commented: “The major focus of both roles is to encourage the heritage sector, those in uniform, and the humanitarian sector to understand the importance of cultural property protection (CPP) during armed conflict and following natural/human-made disaster. Protecting people and protecting their cultural heritage are indivisible parts of the same whole.”

The importance of cultural heritage

Professor Stone emphasises that both tangible and intangible heritage are a defining feature of human society.

“They provide a sense of place, of identity, and define who we are, and who we are not, as individuals and communities. Cultural heritage is important for individual and community well-being and is a source of livelihood for many. It’s extremely complex as it includes and excludes, and it can be both a focus for conflict and a vehicle for reconciliation.”

"Cultural properties are more than simply bricks," explains Professor Stone. "Conflicts in Afghanistan, Iraq, Libya, Mali, and Syria have seen the looting of museums and unnecessary, and occasionally intended, damage to and destruction of significant archaeological sites and heritage places. Such destruction has a significant impact on the well-being and economic viability of local communities and can lead to the escalation of conflicts, to cultural genocide, and ethnic cleansing."

Soon after his election as President of Blue Shield, Professor Stone went on his first official trip to Beirut, Lebanon. Blue Shield had obtained emergency funding to secure and stabilise museums, libraries, archives, religious buildings, and a number of key historic buildings affected by the devastating explosion last August.

Blue Shield, an NGO which advises UNESCO, has been working with the Lebanese Armed Forces, the UN Peacekeeping Mission (UNIFIL), the Directorate General of Antiquities and local government in south Lebanon since 2013 raising awareness of the importance of building partnerships in peacetime before conflict or natural/human-made disaster. The trust built up between these partners was essential to the success of the post-explosion work. While in Beirut, Professor Stone signed a Memorandum of Understanding (MoU) with UNIFIL to continue this important work. 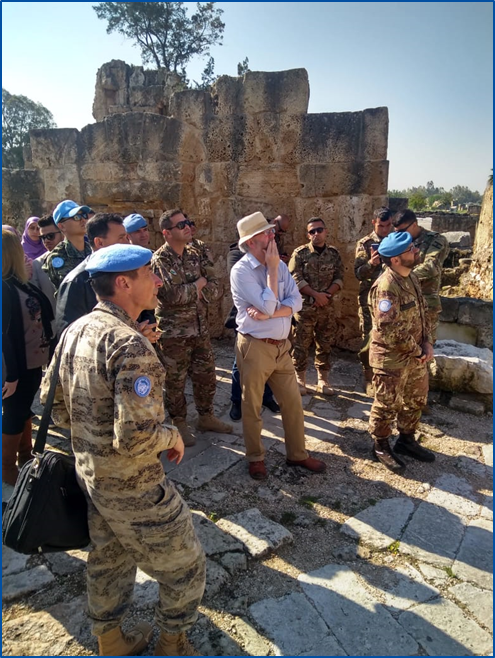 In February 2020, the Blue Shield signed a MoU with The International Committee of the Red Cross in Geneva. The two organisations agreed to work together to:

Also, in 2020, Professor Stone facilitated a Letter of Intent between the Blue Shield and NATO that builds on informal collaboration over the last few years and aspires to build awareness of the importance of CPP across all NATO missions.

A legacy for culture

Professor Stone's work, 'A 4 Tier Approach to CPP (cultural property protection)', has provided a model for non-governmental organisations, international military and policy makers. "While individual officers usually understand and fully accept the importance of cultural heritage, its protection during conflict has not, until recently, been high on their agenda," he says.

In September 2017, after 15 years of campaigning from Professor Stone, the UK government ratified the 1954 Hague Convention for the Protection of Cultural Property in the Event of Armed Conflict and its two Protocols. The Convention and its Protocols are the primary international legislation relating to CPP, set up as a result of the massive destruction and looting that occurred during the Second World War.

Professor Peter Stone OBE is leading efforts to protect cultural property. Appointed UNESCO Chair for Cultural Property Protection and Peace in 2016 (the only such designation in the world), Professor Stone became President of Blue Shield – one of the top positions in his field – in 2020.

Since being appointed UNESCO Chair, Professor Stone continues his work on a global scale. He is also collaborating with UNESCO World Heritage Sites worldwide to investigate how they can be used as tools for peace.

Find out more about our work to explore and protect culture, with our world-class Centre for Heritage, or sign up for our research newsletter below to get the latest research news from across the University.