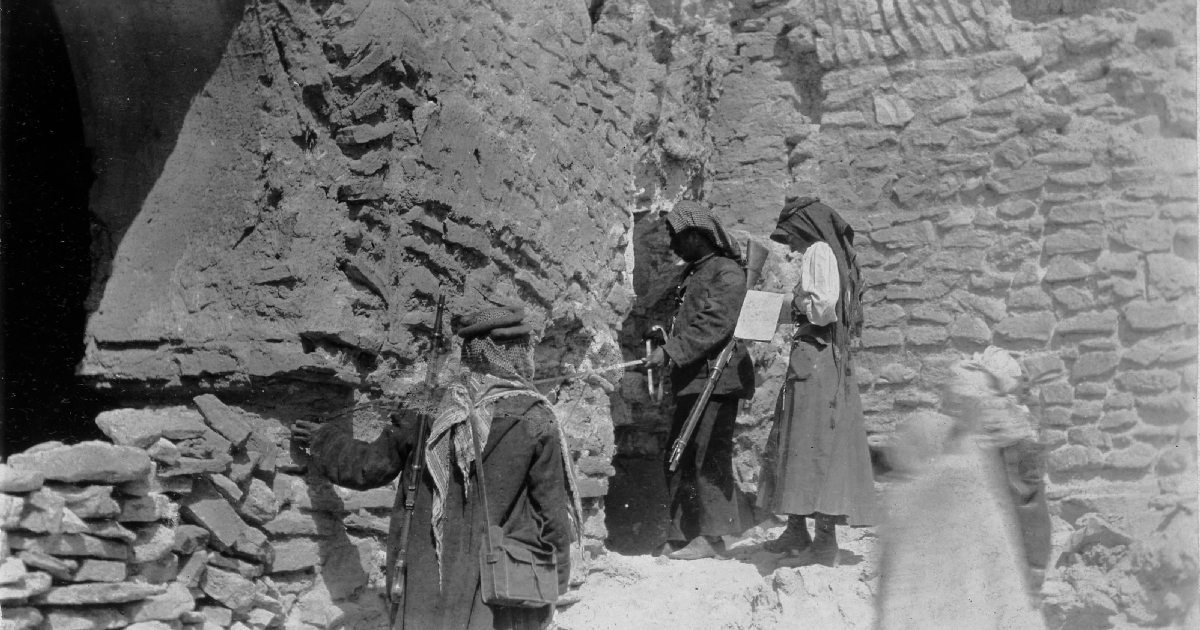 The extraordinary legacy of king maker, explorer and archaeologist Gertrude Bell, has never been more important to the memory of the world.

Her 10,000 letters, diaries, books and travel photographs held by Newcastle University Special Collections, are testimony to her achievements and pivotal role in the birth of modern-day Iraq under British Administration.

But they are also a unique, irreplaceable record of the lost people and culture from the last days of the Ottoman Empire.

Heavily used by the media, researchers and global communities alike, Bell’s archive is consulted by over 250,000 visitors a year. One of the few UNESCO Memory of the World archives in the UK, it has become a priceless source for research and engagement globally.

Who was Gertrude Bell?

Born in 1868 into a wealthy family, at Washington New Hall, Tyne and Wear, Gertrude Margaret Lowthian Bell defied the expectations of a woman in Victorian England.

She made history by becoming the first woman to gain a first-class degree in Modern History from Oxford University; travelled extensively including two round-the-world tours; and was one of the most respected female mountaineers of her time. A skilled climber, she is credited with a number of first ascents in the Swiss Alps and the Gertrudspitze peak at 8,635ft is named in her honour.

But it was Bell’s enduring fascination with the Middle East and her passion for archaeology that would shape her life and work.

Combining her desert travels with archaeological exploration, she became a familiar and respected figure among the Arab tribesmen. She documented the sites and landscapes she visited with notes, maps and photographs, and published books of her work and experiences – unique material that now forms the Gertrude Bell Archive.

In 1915, Bell’s mastery of Arabic languages and her knowledge of the tribes, geography and politics of the area attracted the attention of British Intelligence.

She was invited to join the newly-formed Arab Bureau in Cairo, working alongside Middle East specialists, including T.E. Lawrence – Lawrence of Arabia – to destabilise the Ottoman Empire and help secure British interests in the Middle East.

Bell continued to work for the British Government in a variety of posts throughout the First World War, moving from Cairo to Basra, and eventually to Baghdad, following the British occupation in 1917.

The founding of Iraq

After the war and the collapse of the Ottoman Empire, Bell was invited by Winston Churchill to attend the 1921 Cairo Conference where she was asked to draw up the new boundaries of Mesopotamia – modern-day Iraq.

She became a powerful force in Iraqi politics, and a king maker when her preferred choice, Faisal I, the son of the Sharif of Mecca, Hussein ibn Ali, was crowned king of Iraq.

Committed to preserving the heritage of the new state, she worked with British archaeologist Sir Leonard Woolley at the ancient site of Ur to determine which artefacts would remain in the country. And, as Honorary Director of Antiquities in Iraq, she went on to establish the Iraq Museum in Baghdad.

Bell has been described as “one of the few representatives of His Majesty’s Government remembered by the Arabs with anything resembling affection”.

The Gertrude Bell Archive was given to Newcastle University by Bell’s half-sister, Lady Richmond.

Bell’s photographic work is of particular international significance and features important UNESCO World Heritage sites. Among the images she captured are sites and landscapes that no longer exist, or that have been destroyed by Islamic State militants – such as the temples of Baalshamin and Bel, and the Arch of Hadrian at Syria’s ancient city of Palmyra.

Memory of the World

In 2017, Bell’s archive was inscribed on UNESCO’s international Memory of the World register in recognition of its global significance.

Launched in 1992, the register forms a catalogue of the world’s most prized documentary heritage. It aims to preserve cultural identities, protect the collective memory of the peoples of the world and promote awareness of these extraordinary documents.

Bell’s legacy is jointly curated by Newcastle University Library’s Special Collections and the School of History, Classics and Archaeology,

An invaluable source of reference on the post-war history of the Middle East, it has informed a documentary film about Bell voiced by Academy Award-winning actress Tilda Swinton, as well as Kidman’s biographical drama Queen of the Desert released in 2015.

It is also regularly used by the media, including for the BBC ICONS series when Bell was nominated alongside Ernest Shackleton and Neil Armstrong as one of the most influential explorers of the 20th century.

And it continues to educate new generations through the Gertrude Bell research website which features resources for schools to understand this extraordinary woman from multiple perspectives.

Following a £100,000 donation from the Harry and Alice Stillman Family Foundation in Pittsburgh, Pennsylvania, work is continuing to digitise the archive, making the story of Bell and the founding of Iraq, more widely available.

The donation will also enable the University to host community workshops about the cultural, historical and geopolitical significance of Bell’s legacy and the process of curating the collection. And it will help fund a series of exhibitions in 2022 and 2023, culminating in an exhibition at Newcastle's Great North Museum: Hancock.

A grant awarded by the Arts and Humanities Research Council will also fund work that uses the archive to explore the creation of machine readable transcripts – advancing collections-based research methods and techniques to share culture and heritage with global audiences.

Newcastle University Special Collections is home to over 200 unique and distinctive archives and rare books ranging in subject from literature, art and music, to history, archaeology, natural and physical sciences, engineering and more.

Available to University staff and students, as well as researchers from other institutions and the wider community, the collections also support the University’s vibrant and award-winning education outreach programme for local schools.

Special collections can be viewed on site, by using our virtual reading room, or by ordering digital copies of our materials.

Find out more about our Special Collections.

Top research and news stories of 2022