Can ecosystems recover from biodiversity loss caused by wildfires? 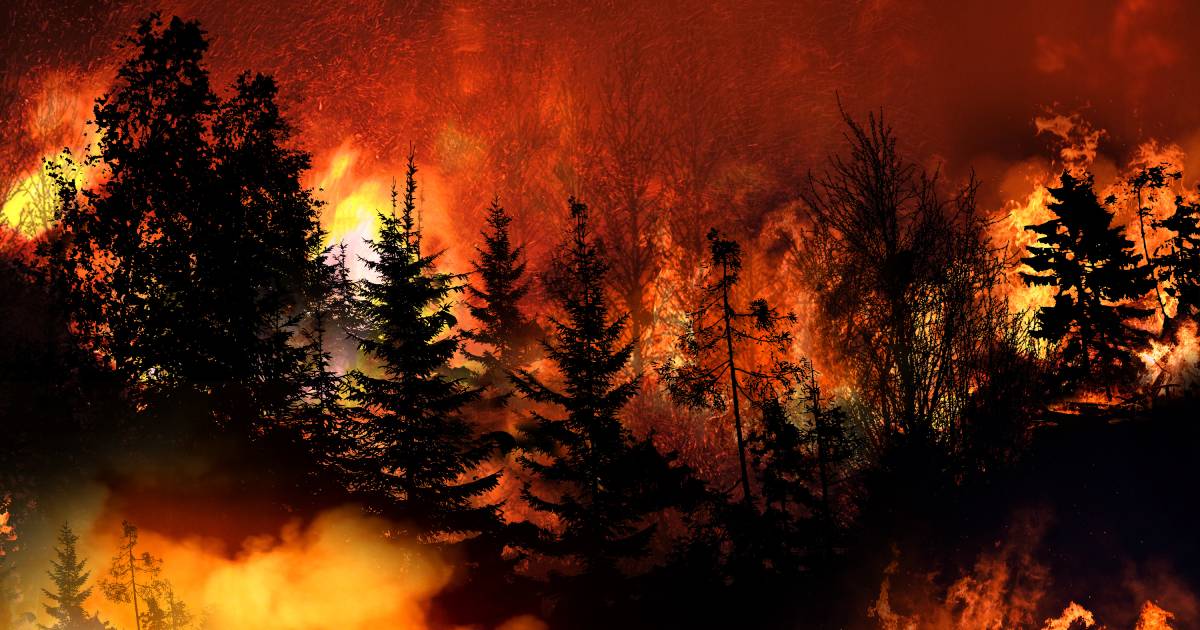 There has been a dramatic increase in the number of wildfires in the last few years, with severe heat and drought linked to climate change, fuelling the wildfires.

Read our blog to find out how wildfires affect wildlife, and what we can do to protect species diversity.

Although the US Environmental Protection Agency classes wildfires as natural disasters, nearly 85% of wildfires are caused by humans leaving campfires unattended, discarding cigarettes and even acts of arson.

In addition, a new study predicts that climate warming is dramatically going to increase the risk of large, damaging wildfires over the next few decades.

The scale and intensity of wildfires are increasing.

The 2019-2020 Australian bushfires were one of the worst wildlife disasters in modern history.

More than 12.6 million hectares were burned, 33 people died, a further 445 deaths were linked to smoke, and nearly 3 billion animals were killed or harmed.

This year’s July heatwave followed an unusual June siege of broiling temperatures in many countries across the world, which only worsened drought conditions and contributed to the quick spread of wildfires.

There are currently over 86 large fires raging across 13 US states, which have burned through more than 1,498,205 acres. A state of emergency has been declared in British Columbia where hundreds more fires are burning. Wildfires are also raging across Sardinia in Italy, having already destroyed 50,000 acres of forest.

If we don’t break the warming cycle, we can expect more and worse wildfires in the years ahead.

How do wildfires affect wildlife?

Wildfires can be deadly. They destroy homes and pollute the air with emissions that are harmful to our health. But what about flora and fauna?

In an article for The Conversation, Darren Evans, Professor of Ecology and Conservation at Newcastle University, has explored the impact fires can have on wildlife and biodiversity.

“What is particularly worrying is the extent to which this is eroding the resilience of ecosystems across wide regions. Yes, it is plausible to expect most plants and animals that have adapted to fire will recover. But the ecological costs of huge, repetitive, high-severity wildfires on ecosystems could be colossal”.

The devastating impact of humans on nature is increasingly salient. A 2019 UN report revealed that one million animal and plant species are now threatened with extinction.

With the increasing severity of wildfires around the world, we don’t really know the true impact of such a dramatic disturbance on the affected ecosystems.

In Australia, for example, more than 700 insect species can be at risk of extinction because of bushfires. What’s more, Australia already has the highest rate of mammal loss in the world, highlighting the fragility of the existing ecosystems.

Conservationists have already expressed concerns about the koalas and critically endangered species, such as the regent honeyeater and western ground parrot.

To understand the true ecological impact of wildfires, Professor Evans believes that it is important to consider biodiversity in terms of networks, rather than focus on particular species or numbers of animals.

How do wildfires affect biodiversity and species survival?

All species are part of complex ecosystems where they are dependent on each other.

The sudden simultaneous loss of large numbers of plants, animals and other organisms would inevitably impact the way species interact with each other. This, in turn, will affect the ability of ecosystems to bounce back after a high-severity wildfire.

In 2019, Professor Evans published research about the loss of plants and animals due to wildfires in Portugal, looking at the resilience of ecosystems in the face of extinction. His team found that networks of co-dependant plants and animals at the burned areas became more prone to extinction.

The study examined the impact of a wildfire on insect pollination and, in particular, it examined the responses of moths by comparing insects caught in burned and unburned areas.

By analysing the pollen grains moths were carrying, the research team were able to study the plant-insect network of interacting species. They then used that to model the resilience of the ecosystem.

The findings showed that burned areas had significantly more abundant flowers but less abundant and species‐rich moths, and the amount of pollen transported by moths in burned areas was just 20% of that in unburned areas.

The analysis revealed that plant-insect communities at burned sites were less able to resist the effects of wildfires without suffering species extinctions.

So, can burned ecosystems really recover from dramatic losses of biodiversity?

To protect ecosystems from dramatic losses of biodiversity and further species extinctions, decision-makers must take sensible actions that will help build resilience into ecosystems at risk of wildfires.

To do this, Professor Evans suggests that ecological interaction networks need to be considered.
Cutting-edge network approaches that examine the complex ways in which entire communities of species interact can help achieve this.

To find out more, get in touch with the team:

Darren Evans
Professor of Ecology and Conservation, School of Natural and Environmental Sciences